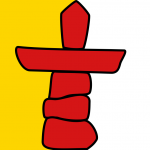 The Supplement, entitled: Nunavut; Unearthing the potential in Canadian exploration and mining, gives information on the  two new mines in the territory and also talks about a  number of important advanced projects and earlier-stage exploration projectss that will hopefully progress to the mining stage in the coming years.